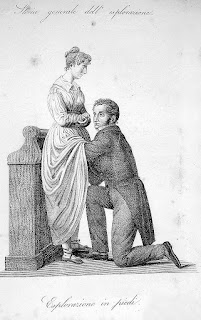 
"internal echos and debris in the uterus"

The ultrasound tech told me that she thought it looked like I had a molar pregnancy.
I didn't know what this was and had to look it up.
There was nothing there now...
I still had blood and tissue in my endometrial lining and
I should expect to keep spotting until my body either absorbs or expels the rest.
She use to be a midwife overseas, and specialized in high risk pregnancy

When the call came from the doctors office came
I was emotionally stable to listen to what they had to say.
which was:
We don't see anything
one of your fibroids grew a millimeter
If something changes call us

The techs theory made sense to me and I am sticking with that one.
Since then, trying to resume a normal brainwave has been a struggle.
I got results from the doctor on the 23rd of last week and as the week rounded out my urethra
started to hurt/burn. So my Saturday morning I was in the walk in clinic.

I waited a good hour for the pee test, and then another half an our to be "seen"
The nurse that took me in took my vitals and asked questions.
No expression on her face.
She had me sit on the exam table behind a big curtain that she drew around me.
I sat there for another 15 minutes staring at the curtain and shaking,
only hearing the nurse and doctor type on keyboards.
Then at one point I heard the doctor say my name, and the nurse whisper
She recently had a miscarriage...
At that point from behind the curtain I hear the doctor start to ask the question
"how far along were you"
and appear from behind the curtain.
I told him early, I didn't even know I was, until I wasn't.
I am I still spotting.
He then said why are you here?
I told him my urethra hurt, not my bladder and I was concerned I might have the beginning of a UTI
I had taken that urinary pain reliever stuff and aside from some minor relief it didn't do much.
He told me that my pee showed blood,  which makes sense if I am still spotting
but that there were no white blood cells...
blood is an irritant and if I hadn't been sexually active recently, that is the most likely culprit.
Did I have any back pain? I said yes
Then he took a single finger, and barely touched me
to point out to me the kidney area of my back.
Saying kidney issues are on one side only....bilateral pain it muscle.
He then swooped behind the curtain and told me he is calling in a prescription for an antibiotic to cover our bases and will culture my urine in case something didn't show on the dipstick test...
and then that was it.

No hello, so medical questions
just some pee and a finger touch

I left feeling totally numb
The Barren was with me this time and we ate something and picked up the drugs
and I went home and crawled into bed and slept for two hours.

Ideally this is the last of the complications
I can not emotionally take anything else thrown at me.

Spent on the sidelines 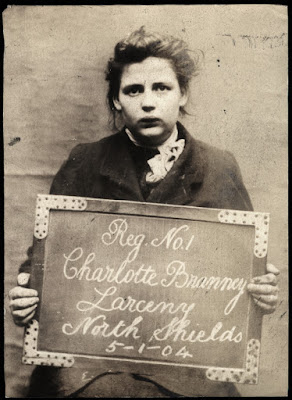 So I went to the doctor
I must say the level of kindness at the doctors office far exceeded my past experiences
so there is a "good on you" sticker for them.
I was asked repeatedly if I was alright, and that they were really sorry.
I did express how even after all these years, I was able to find and access that deep sadness and numbness without any effort.
That is a shock still.

I peed in a cup
Had my temp and blood pressure taken (both elevated)
I had a pelvic exam
I was asked to recount what I had experienced over the last two weeks.
I like to give deep details in fear that something would be left out that was needed.

The nurse practitioner said she had ideas about what might be happening
I had all the signs of a miscarriage, but also unstable uterine wall
also peri-menopausal response
My fibroids or cysts or endo acting up
also she didn't know...
but felt that the longer I was on BCP the swing in hormones
would eventually taper the bleeding.

So I went to get a blood test to check my
HcG levels
My FSH
and my iron, because I kept saying that I was really tired.
I also had an order for a pelvic ultrasound.

I was the last appointment for the blood lab before lunch break.
The lady that drew my blood was saying how hungry she was over and over again....
and then as she was taking my blood said:
" I have a really good feeling about this potential pregnancy"
I said, " well, that's good"
and told her to enjoy her lunch.
I left and drove home to fall into a puddle.

Dr's office called the following day to say I am not starting menopause
(at least via hormone levels)
I am anemic and to take a multi vitamin and eat iron rich foods
and the lab didn't run the HCG blood test for some reason...
Did I ask them not to?!

And did I still want to do that.
An additional four days had passed and I told her no,
I didn't think anything would be left to see.

I am now about to go and have my ultrasound
I am anxious and nervous about my cysts and fibroids having changed.
I am still spotting, and I know this ultrasound tech.
She is compassionate and listens and gives me a heads up
if I need to be concerned about something she sees.

I am off to drink my water and get probed.
Then, then I can feel unpoked for a couple weeks before my annual checkup
In the meantime I will work on feeling more connected with my body again, as I currently feel quite removed from it....like I am watching from the sidelines.
Posted by The B at 1:57 PM 2 comments: Links to this post

It has been a strange cycle...
and it seems to have revealed why.
I have miscarried again.

I am quite confused and shocked
I have been bleeding since last week.
and then last night it changed and this morning it was all tissue
...lots and lots of tissue.
I have some cramping, and I feel numb.

In fact it has been so long I looked up the signs, just to see if I was imagining them.
I have all them...textbook perfect early miscarriage.

The Barren is traveling for work, and although I want to tell him,
today is a busy one for him and he doesn't need to be worried about me.
My bestie is at work too...so I don't need to tell her yet.
So I am here, telling you.

I didn't think I'd have another
experience this again, and the weird numbness that goes with it
I have been on my pill for three days, but the bleeding hasn't stopped.
I hope it will taper off  now.
I will skip yoga tonight, and wait for the bleeding to ease up.
I am just going to be quiet and kind to myself.
I have studio work to do, that is not hard or vigorous.

I am okay
just stunned
and maybe a little sad too
I think I am trying to hold it together until I can cry into a shoulder.


This is the Saturday morning class I love to take...
the teacher places a COLD washcloth's on each persons face afterwards and it is a slice of heaven!

it is sometimes a struggle to get there because it ends half an hour after farmers market starts and if you are a regular farmers market goer, you know the best stuff is right when they open...so it is a practice of letting shit go and enjoying being at class, then enjoying the pace of the market when I arrive afterwards. I am also not one of those ladies that
loves to wear her yoga clothes to do errands and stuff...
so the looks from the farmers while I try and hide a camel toe or my body odor is something too.
I pretend to be blissfully unaware of the stares...

The summer is passing and it seems that the activity I am most often partaking in is sweating...
sweat overnight, wake up and go to yoga and sweat, come home shower and try to not sweat (unsuccessful at that still) then sweat while cooking dinner and cleaning up, evening shower
and repeat
it probably doesn't help that most of my state is on fire and there has been heat wave after heat wave....so I am not sure if this is a peri-menopausal thing or simply summer.
I am gonna say it is summer because the other option sux!

We have watched friends go on vacations, kids go to summer camp,
and we have even been host to a couple visitors.
Alas, we have not escaped.

I was told that my work was taking a few days off to spend time with family and I got very excited at the idea of not having to commute for a while week...but they shortened the vaca and it fell on the days I am normally not there so no real vacation for me.

I am doing my best to make it productive none the less
but...I got my period and now I am either sweat sleeping or trying to not eat everything in the house.
Happy summer vacation!

I am still trying....I canceled yoga for myself this week...
it is good to rest every now and then...and I think I need it, plus if I am sweating all day and my uterus is a battleground why not sit back and watch the show.
I don't need to prove to myself that I can still do my thing...
my newly built muscles are not going to disappear overnight.
It will all be alright.

It is summertime, eat some watermelon...
sleep a little later when you can, go for a drive somewhere
collect a few interesting things to remember this time, take some photos.
I mean isn't that what Summer Vacation use to be?!