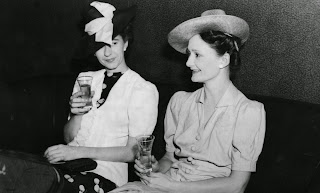 I'll own it
I stayed at home all day for mother's day
Hiding, avoiding, and not feeding into the day.
I didn't get any calls, or cards or mementos
I am not a mother after all

I did send cards to a few friends/family members wishing them a happy Mothering day.
It was easier to send the cards this year than it has been in the past.
I got them weeks ahead of time and so it was simply adding a few words of love and a stamp
My mother was home sick, so I didn't have the pressure of visiting her either.

I haven't been thinking about much really these days and I think that is an issue.
I am in a slump
I am fighting comparing myself to others
fighting self worth issues
and body issues
I bowed out of a few social events recently, just saying I wasn't able to make them
and not going to them seemed easier than trying to pretend to be present.

This last weekend was a social one that I couldn't bow out of.
Starting with a girls dinner at a neighbors place.
I was anxious about going but I put on some mascara and went and played the mantra,
have fun, relax over and over in my head.
I was relaxed and having fun, until the second group of ladies showed up
and I realized that there was another full uterus, the hostess being the other.
Then another woman came in glowing and throwing her hand into everyone's face
saying, hug me I just got engaged.
I looked at a friend and said, I think I'll take that glass of wine now.
She smiled and in my mind the place suddenly filled with pregnant women.
In reality there were two out of 10
As intoxication was reached, I participated in a dress swap and was able to get a lovely 70's disco queen dress that I had admired from a friend and she in exchange was gonna get a dress that was washed and now too short for my taste.
Then a slow walk home,
texting The Barren that I was drunk and walking home.
On arrival I fell onto the couch and The Barren arrived soon after, smiling and happy that I was drunk and in an OK mood.

Sunday was another social event, and I was super anxious.
I adore the women from this group but I always have this feeling that I am the fat girl
I get a once over (full body up and down glance) before the hug hello
it sucks!
I am meant to feel like I need to be doing more, making more, exhibiting more, being more aggressive or MORE....
I was the driver for this event, and so I only had a single glass of wine and salad
Socializing was mellow and free flowing but I became self conscience many times over when people asked about what I ate and didn't eat.
I remember saying at one point, I have a strange and treacherous relationship with food now.
I think I said it enough under my breath to avoid additional questions.

It is true though.
I try and enjoy what I eat, constantly making efforts to only eat and make healthy choices but recently most food has some measurement on a self imposed guilt scale.
I fantasize about eating a chocolate croissant and a cup of black tea with sugar...or a poached egg in a bowl of noodle soup.

Ugh this all just sucks....
I need to find a way to escape this latest encampment in this place....
it isn't black and doom and gloomy
but thick enough to make me stop in my tracks.
Posted by The B at 10:41 AM 2 comments: Links to this post

Labels: 2015, alone, art, body, changes, confession, depression, desire, drinking adventures, food, The Barren, The barreness, to hell with it all 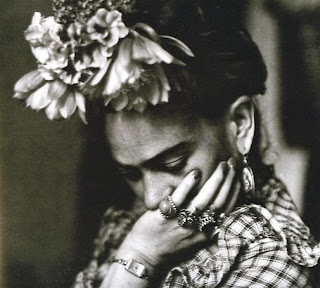 I am a big fan of Frida Kahlo and her work
She was an artist that unlocked my ability to be empathetic with and personally identify with.
I know she is quite a popular iconic image of woman now, but her story is often glossed over or only bits are highlighted. She was a rebel, a poet, an artist and a strong unapologetic woman.
Ones story doesn't need to be the same to be empathetic, it just resonates deep inside.

She contracted polio at the age of 6 and then at the age of 18 was horribly injured in a trolley accident and it left her with life long problems
including infertility.
I  remember seeing her painting in college and thinking I understand this pain...I understand her.
Her work is visceral and heavy and beautiful in expressing pain.

When I started to make work about my infertility, I often sought solace in the work she made.
Almost like a mentor, a moral support cheerleader
I can be brave like her.

It is on my list to visit her home she shared with Diego Riveria
Every so often there will be an article about the museum finding things in the home, that they never noticed before...
recently they uncovered a whole room of Frida's belongings.
and they are now in museum displays.
It is a beautiful showcase of not only the woman's style, but her desire to decorate herself and her things....marking them as hers. Owning them.
It is eerie, but oh so beautiful

HERE are the best photos I could find of the recent displays
Posted by The B at 3:44 PM 2 comments: Links to this post

I had a pretty crappy nights sleep,
between being a pillow/couch for the cats (that seem to triple their weight when asleep)
and a couple night hot flashes it was a rough night.

I felt achy and sore and old.
I sometimes suffer from a ligament thing in my chest, where it feels like the fibers in my chest are being pulled away from my sternum and it makes simply having boobs painful.
This morning was one of those mornings. 4am and the alarm is going off next to the snoring Barren and I sat up and said my morning thank yous for waking up and pulled my butt and sore boobs outta bed, avoiding the bedside table that I have already walked into and gotten in impressive bruise from and the cats on the floor who now have been "activated" into feed me mode and started a new day.

I am trying another new thing...wake up and say thank you.
Start the day with gratitude....regardless of what lays past that in the road for the day....
start with a moment of  "wow, I woke up and I'm not dead today!"

I met with a friend the other day to talk about her ideas for her new business launch and how she would like me to help. She is an all around nutrition, exercise, massage, reiki master kind of gal.
She is re-inventing herself...re-imagining what she wants for this stage of her life.
I was mesmerized and in awe of how clear and sure she was...
I aspire to be clear like that for myself.
I am still treading through some murky waters...
but work every day to clear that fluid of grey matter.

She is tending for her mother who is deep into Alzheimer disease
She is still pleasant and able to have a conversation, she is not able to be alone
My friend has come to a point where she is trying to reclaim some time for herself, in preparation for a long road with a mother who might be around a while but is not aware of who she is at all anymore.

I also got a series of emails from another friend, telling me the horribly sad news of our mutual art  teacher from high school...we all hold him dear in our hearts and he just had a stroke that was triggered by his unknown fatal cancer.
Hospice is with him now and his wife has advocated for him to exit under his conditions.
They are a love story...
One their first date he brought her a corsage
she ate it
he was in love from that moment on

Ironically, someone asked them once why they never had kids,
apparently they tried but had the RH factor and there was no treatment at the time.

Needless to say, I have had many calls in just as many days with my bestie...she and I were both his students and he is always in conversations still.

The friend that forwarded me the emails sent a sweet note to me that I think sums it up:
" I've had my fill of illness and saying goodbye recently. I'm realizing that 50 is really just the beginning of so many good byes. I treasure you dear friend"

I think we are experiencing growing pains
The aches and pains of reality as we are given this gift of aging.