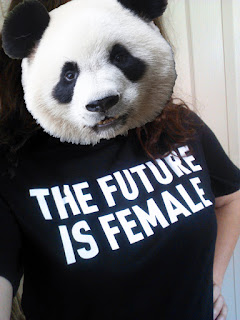 On the day after the democratic convention I was so taken by the idea that
we might be able to get women in positions of power
I was a bit emotionally overcome and felt my inner suffragette start to roar....
I got this shirt

The other day I wore this shirt out in public.
I live in a mixed political neighborhood...
so I have not wanted to invite screams or bullying
Instead we went to a nearby town that is far more granola

I had forgotten what I was wearing...as one often does after getting dressed in the morning.
I hear some snickers...
I didn't think anything of it for a while and then when I heard one of the people repeat what was written on my shirt...I knew the cause.
I was not sure how to interpret her response...but she seemed tickled by the words.
So I will take it as an OK response, and thankfully not a verbally abusive one.

This political environment has not only myself, but friends having nightmares about the circus possibilities. The family that agrees with the potential of circus america is even harder to avoid on social media...I just keep filling my feed with period positive articles, women's health changes and  positive options for the world around us. Avoiding confrontations with said family.

We attended a child's 1st birthday party, a friend of ours....the one that used the name we had secreted away for our own never to be baby.
I can say the baby's name now and not have it hurt so deeply...I created a mantra that repeated that he was not our "baby name" but a different one.
The baby was not the only baby there, in fact it felt like everyone brought babies.
There were new babies, toddlers and small children.
The Barren and I stayed for a bit, and when the cake came out we left soon afterwards.
We were quiet and in funny moods afterwards...so we went home and ate some potato chips and watched crappy TV to decompress.
In the big picture world, that is a major step.
In our current world, it is still a bump for us in a day; one that takes an entire day to recover from and requires quiet, and junk food and mood swings.

I've read many times over that "mercury is in retrograde"- which always made me think....
hold strong, shits about to REALLY hit the fan.
Recently though, while at a coffee shop I was given some words of wisdom from another woman who was also waiting for caffeine.
She looked like Joan Jett so I think that drew me into her words.
She explained that mercury in retrograde really means that we should look inward and how we talk to ourselves and ask to be heard. It helps our brains de-clutter and reconfigure.

So on that note...I am off to abuse the post-it notes and reconfigure 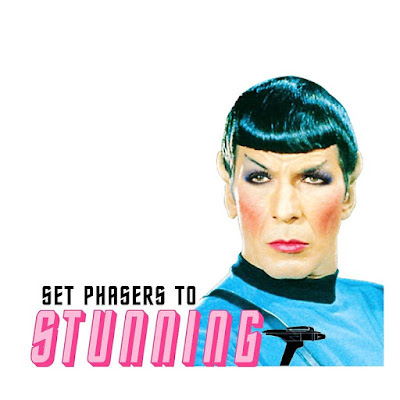 I needed a little pick me up
so I thought I would pass it along to
you magical wonderful loveies
Posted by The B at 6:34 PM 1 comment: Links to this post