I was that girl

"A 23-year-old American college student who was killed in the Paris attacks was described as a “gifted student” by her teachers and beloved by her friends.

Nohemi Gonzalez was killed Friday night at the bistro La Belle Equipe in Paris. She was spending time with friends when a gunman opened fire on the scene and fatally wounded her."

When I heard about the attacks in Paris I froze, I literally could not process anything at all.
*******

Many years ago, when I was in my early 20's I was a student studying in Paris, living out my dream of being an artist in the epicenter of my creative forefathers and foremothers. Eating bread and canned peas. Going to the museum everyday, drawing and dreaming and learning who I was and what I wanted from life and for myself. Kissing boys and crying and laughing.

I was that girl who went to a concert in Paris, and got caught in a mosh pit and thrown to the ground, tossed from the chaos yet, alive fwith fear and desire for excitement.
I was that girl who ate in a cafe and ordered an omelette in her best version of French.

And I am that very same girl, shaken to my very core when I heard what happened.
I cried a lot and wondered if that magic had been taken away
I felt as though something had blown up my memories of the sweet,
nostalgia of the city of light
Someone had taken a dreamer away, pulled her from this earth before she could finish her dreams

I felt
I could imagine
I mourned a stranger
I mourned all the dreamers and strangers who were simply
living that night. Living and dreaming and hoping for more wonderful.

The tides have turned

If Buzzfeed can post this
I know the world has begun to shift...
someday soon, there will be no more shame!

This resonated so deeply in me 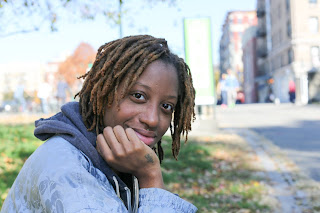 “I lost a baby at the end of May. I was just a little over two months into the pregnancy. I wasn’t showing or anything. And I hadn't announced the pregnancy yet. So I don’t think that the baby seemed real to anyone else. But it was real to me. Every time I passed a children’s store, I’d look in the window and smile. I began to look closely at all the different types of strollers people were pushing down the street. I bought a little monkey for the baby that I carried around with me. I started planning our life together. Then one day it felt like someone was stabbing me in the lower abs. I went to the doctor, and they told me that I’d had an ectopic pregnancy, and the baby was lost. I felt really alone afterward because most of my friends hadn’t even known the baby existed. They couldn't understand how I felt. Part of it was my fault. I didn’t want to talk about it. Yet I still expected everyone to understand."

Story and Photo via Humans of New York
Posted by The B at 11:51 AM 1 comment: Links to this post